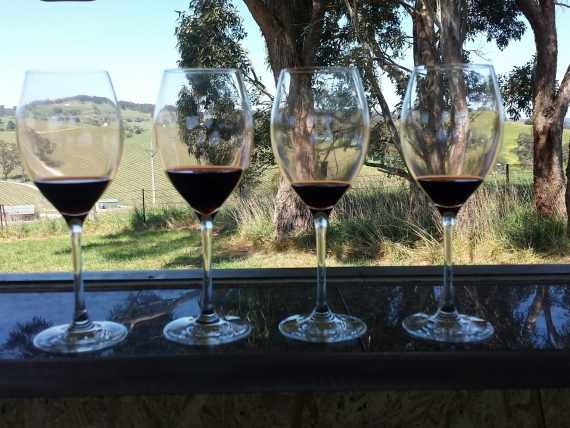 Before we get to the dull, gritty bit about wine, here are some observations about life down under:

Before moving on to a discussion about the  wine, first I have to qualify any remarks by stating that I did not visit the Riverina, or see the bulk side of Australia (i.e. vines broiling in sub-tropical heat ripening huge volumes of grapes swollen by irrigation). Instead the focus of my trip was on the cooler, quality-focussed regions, where I witnessed a vibrant, healthy, exciting wine industry. Here are the impressive strengths amongst the wines:

Here are the challenges:

And here are the man-made errors:

So that's it - over two weeks: I tasted examples from over 110 wineries; I have notes for over 390 wines (but tasted a lot more over mildly inebriated dinners); and I ate wonderful food, from sweet oysters and delectable Asian dishes to barbecued sucking pig and Wagyu beef. Thanks to Wine Australia for financing this extraordinary and memorable trip.

END – back to grey Blighty….