THE TRAVELLING MERCHANT - Notes from Beaujolais

Back in late March (see the leafless vines below, with their roots deep into the degaded granite so typical of the land in the Cru Villages) I spent a couple of days in Beaujolais. 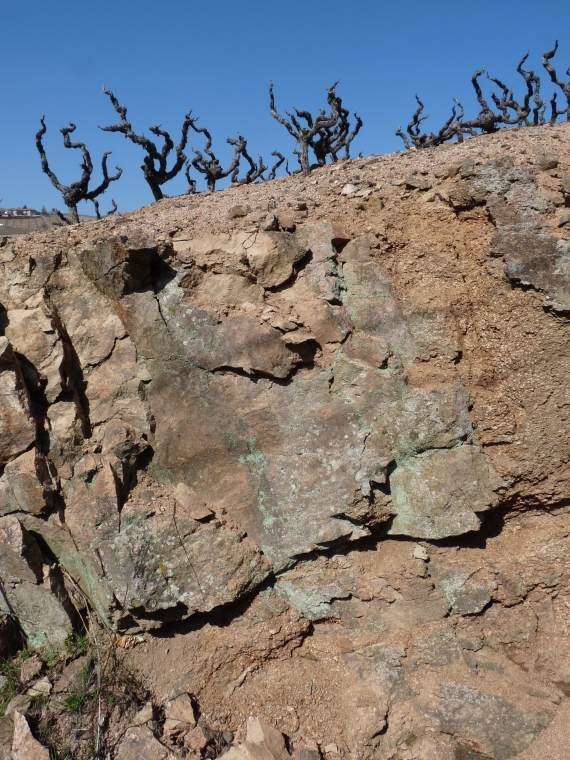 It was one of the most exciting days tasting I have had in years. The 2009 vintage is clearly good to great over most of France, but in Beaujolais it is truly extraordinary: some vignerons compared it to 1947, and M. Viornery, our man in Brouilly who is retiring after 35 harvests, said it was the best vintage he ever made. The weather was perfect, with moderate heat (this isn't 2003) mixed with just enough rain and odd cool intervals. The grapes came in perfectly healthy and with superb ripeness (none of the folk we buy from chaptalised). The flavours range from red and black cherry through to black plum and blackberry, with more than a hint of liqueur on many wines, kirsch and cassis. The tannins are there - so 2009 Beaujolias can, and should be, laid down as well as drunk soon - but just so ripe and silky.  And the wines are SO CHEAP.  We will be making a Beaujolais offer in late June, starting with Beaujolais Villages at £8.95 and finishing with a Julienas Vieilles Vignes at £14.50. Unlike those money-grubbing Bordelais, the families who own Beaujolais estates are asking no more for their 2009s than an average vintage. So hats off to them, and reward their restraint by buying their wines.  2009 in Beaujolais is like 2007 in the southern Rhone, a vintage of exuberantly fruited, delicious wines which can be enjoyed immediately or laid down for five or ten years, to subtly transform themselves into svelte and gamey Pinot Noir look-alikes. Cru Beaujolais like this represents one of the bargains of the entire wine world.