Fenavin: Biting the Hand that Fed Me 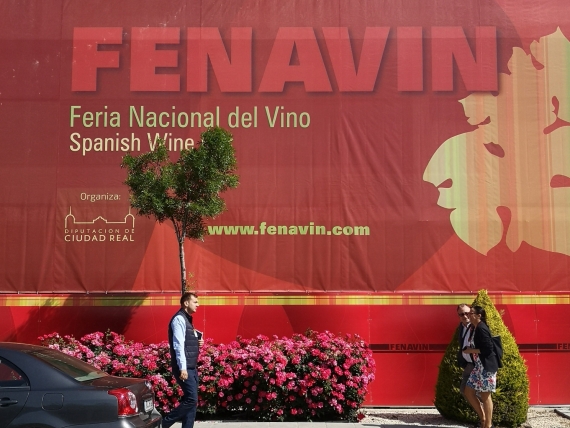 I got back from Fenavin, the Spanish wine fair which takes place in Ciudad Real, on the 8th May. As a fair, it works: fly to Madrid, taxi to station, an hour on an impressively comfortable, reasonably priced and extremely fast train (puts ours to shame) and you are there, albeit in a slightly soulless town.  The fair isn’t too large, the buildings are air-conditioned and it’s not too crowded. I was also a guest of their International Buyers programme, so enjoyed free travel and hospitality. So I entered with an optimistic air, hopeful of uncovering both value and quality. Here are the the positives I encountered:

BUT….I don’t think Spanish wine is in a good state at all. I was last at Fenavin in 2013, and, disappointingly, little in the wine scene seems to have changed for the better - if anything for the worse, certainly for British palates – and eyes.  Here goes - first visually (has no-one told them it’s the liquid in the bottle that matters? That it’s not about marketing but growing quality grapes and crafting wine?):

As for what's in the bottle, sadly all too often marred by:

A couple of British merchants in our group were huge fans of Spanish reds: applauding the “fruit concentration” and “oak integration”.  But alongside this laudable density, often based on juice from old vines, goes, all too often, a lack of freshness, a dreary heaviness and occasionally a savagery (try most Toro!).  The Spanish still seem to be able to sell these lumpen reds into northern Europe, but our customers don’t ask for them. Victims as they are of climate change, suffering from increasing temperatures and minimal rain, could Spanish winemakers do better?