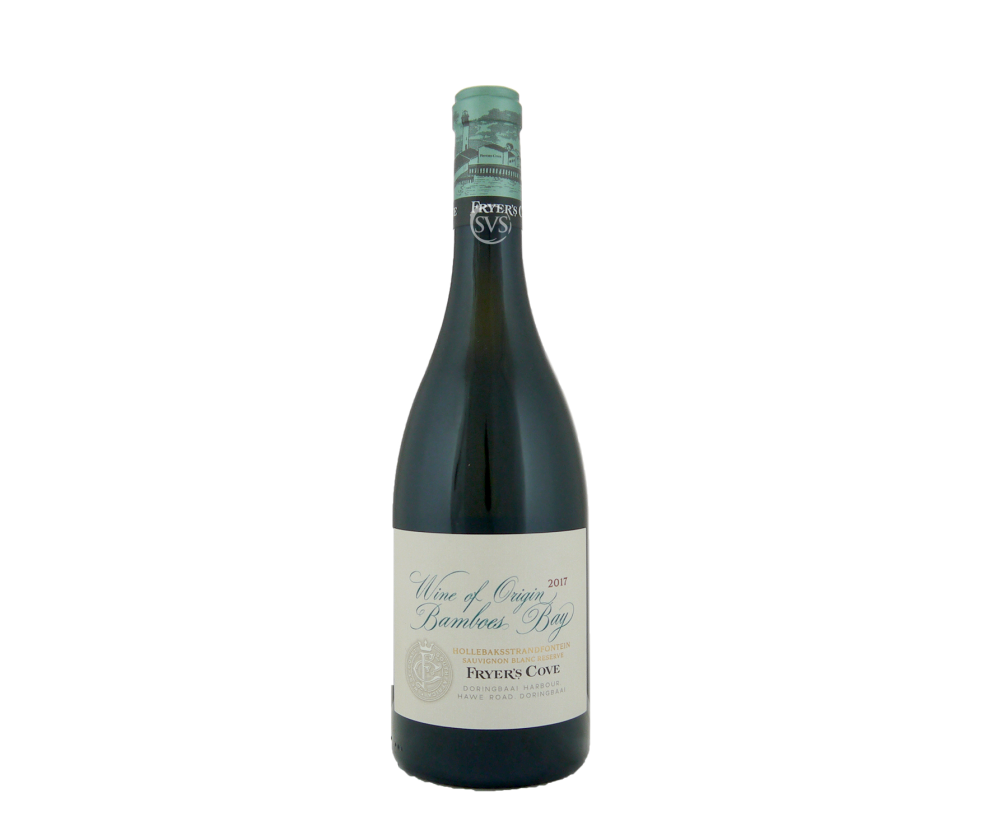 Less than 200 dozen made of this barrel and clay pot fermented SB, named after the spring in the hollow of Bamboes Bay. Scent of fig leaf. Concentrated, rounded and complex, this shows fascinating notes of green fig, nuts and chalkiness. Intense... Read More

On the outskirts of Strandfontein, a peaceful village on the Atlantic coast 300 kilometres north of Cape Town, lies a lonely 6 hectare vineyard just 800 metres from the Atlantic Ocean.

How it came to be there is a remarkable story. Viticulturist Jan "Ponk" van Zyl knew this area from his experience at the nearby... 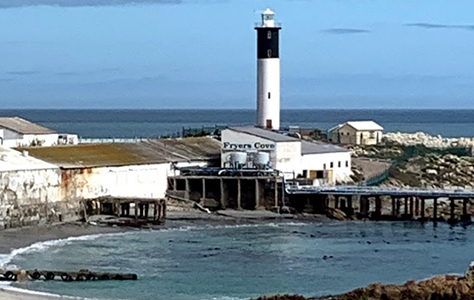 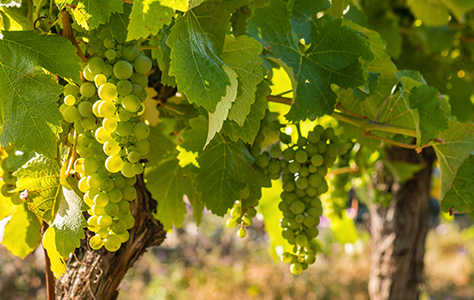 Less than 200 dozen made of this barrel and clay pot fermented SB, named after the spring in the hollow of Bamboes Bay. Scent of fig leaf. Concentrated, rounded and complex, this shows fascinating notes of green fig, nuts and chalkiness. Intense and different. Now-2025.

On the outskirts of Strandfontein, a peaceful beach resort on the Atlantic coast 300 kilometres north of Cape Town, lies a lonely 6 hectare vineyard 800 metres from the Atlantic Ocean. How it came to be there is a remarkable story. Viticulturist Jan van Zyl knew this area from his experience at the nearby Vredendal co-op, and wanted to try to plant cool-climate varieties. He knew the micro-climate was extra-ordinary: very often the vines here are blanketed in a thick sea-fog, whilst only a few kilometers away inland the sun may be shining and the temperature torrid. He knew too that there was limestone - ideal for both Sauvignon Blanc and Pinot Noir - under the top-soil. He then had to negotiate with a bunch of farmers to pipe in water from the Olifants river 29 kilometres away in order to establish the vines. (This has since become so expensive and problematic that Fryers Cove now has its own desalination plant).

Jan's persistence has paid off. He and the winemaking team turn out one of South Africa's most interesting and characterful Sauvignon Blancs. We also offer their fragrant, early drinking Pinot Noir - of which they produce less than 300 cases - which has built up a good following and tends to sell quite fast. The quality of their wines and the distinctive nature of their terroir has already demanded that the estate should have its own tiny, but official, geographical entity, Bamboes Bay. Previously the wines were made in Stellenbosch, but a winery has been constructed right on the dockside in nearby Doring Bay - water-cooled! 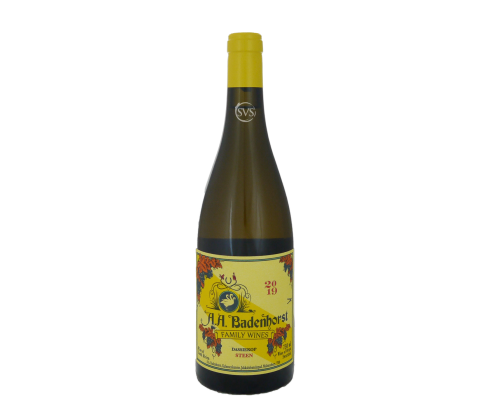 Dassiekop literally translates as the hill of the dassies, the furry and friendly little rock... 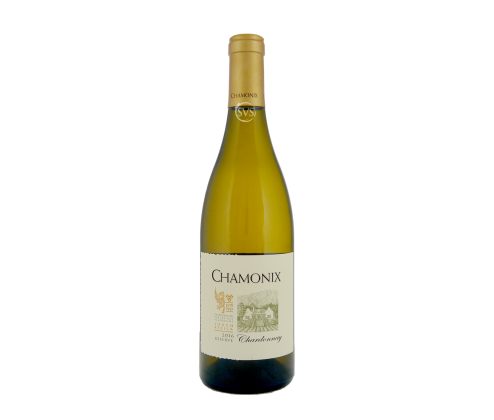 The recently installed winemaker at Chamonix, Niel Bruwer, has pulled the wines here back into... 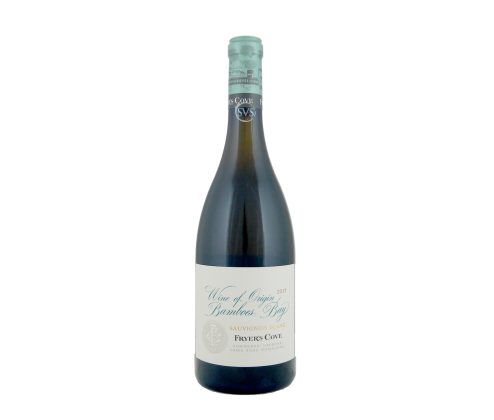 From an extraordinary, isolated 6 hectare vineyard on limestone subsoils just 800 metres from... 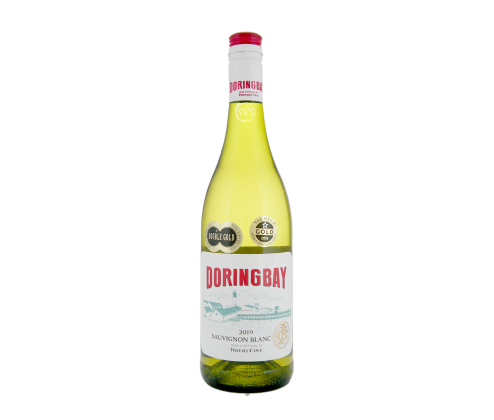 Doring Bay is the second line of Fryer’s Cove, based on their cool coastal fruit. Open... 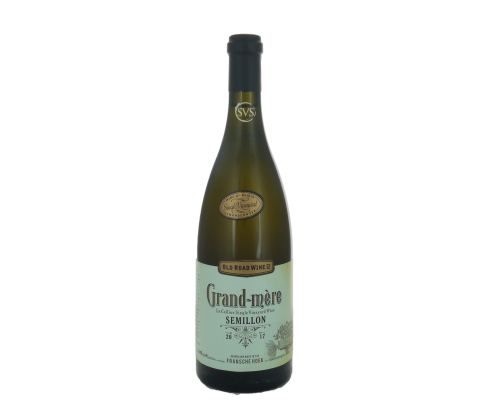 Produced from vines planted in 1936 at 350m above sea level this is a superb Semillon. The age... 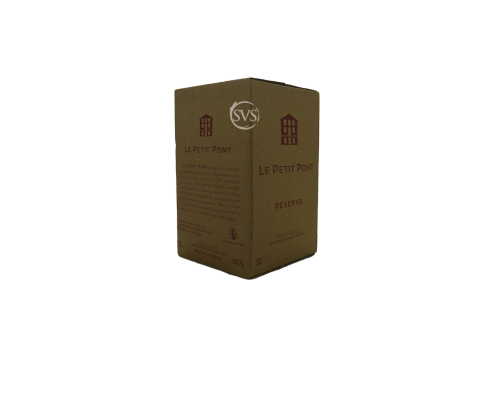 The Petit Pont wines are made by the Vic family near Beziers. The white is a tutti frutti blend...

Discover More
SVS continues to provide an excellent selection of wine from many countries, a vast selection of varieties, and all at a reasonable cost. I have been a customer for over 17 years and I have always enjoyed any wine which I have purchased.

Read More
Great service and wines. I have been a customer for 20 years or more and have never been disappointed.

Read More
Our favourite wine merchant never fails to delight. Delicious wines at every price point - including a few gems below £10 in our favourites list. We’ve really enjoyed the sun case as an easy way to be introduced to new wines which we’ve then reordered. Friendly informative service completes the package.

Read More
Friendly helpful people selling good quality interesting wines from many countries and at competitive prices. Wines you will NOT find in the supermarket! Free local delivery has been a boon during lockdown. What's not to love about SVS???

Read More
Absolutely loving the sun case, what a great way to be introduced to new wines.

Top 5 Best Chilean Red Wines For 2021 As an IWC Chilean Red Wine Specialist Merchant Winner it’s safe to say we love Chilean Reds!  Just as Australia took the wine world by storm in the late 1970s and 1980s, so Chile should be taking the plaudits today. We feel there is still a mild…